Partially because I have recently converted to being a Denver Broncos fan. I am a Washington Redskins fan by birth. I was born in Washington, DC. The glory days of the Redskins was during my K-12 years in the Maryland suburbs of Washington, DC.

However, I can no longer take the last 20 years of pain that have come from being a Redskins fan. I may reconsider when Daniel Snyder sells the team.

I now live in Casper, WY. The Denver professional sports teams are our local teams. Might as well root for the team that one can regularly watch on TV, right. But it was not until Tim Tebow that I decided to convert. 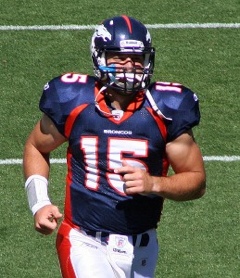 I am not a University of Florida fan. Some of my friends and teachers got theirs PhDs in political science from Florida, but when it comes to sports I loathe pretty much anything related to the SEC.

Tim Tebow is one religious guy. For much of my life, that would have made we suspicious. Evangelical Christians have always been my foe, whether on my Mormon side or my secular liberal side.

However, I have recently come to realize that my conception of evangelicals and Protestants was largely based an a set of false straw men. My interaction with inter-faith groups her in Casper has really opened my eyes to the diversity and virtues of the many Christian groups out there.

In my theoretical work, I reject that idea of natural rights, but I also feel that liberalism and Christianity have much in common. I am also amongst a rather small group of liberals that are open to religious express in the public sphere. I think this is one reason that I am not bothered by Tebow’s open and public approach to his faith. We likely have many theological differences…but I tend to have theological differences with just about everyone.

I also think that it is a form of humility when Tebow gives credit to God for he success. If God makes all things possible, then he also deserves the credit for our successes. This does not mean that God is intervening on behalf of the Broncos or even rooting for them (heck, they finished 8-8).

When we thank God for our food, are we implying that God must love us more than those that have less? I hope not. 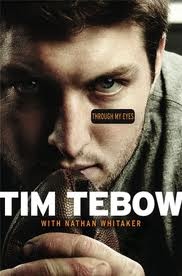 I am not sure if Tebow will be a great NFL QB or not, but I am impressed with him as a young man.

For Christmas, I gave my 9 year old son Tebow’s book.

My son is our family jock with some football potential. The thing that he noticed when he started reading the book…each chapter starts with a Bible verse. 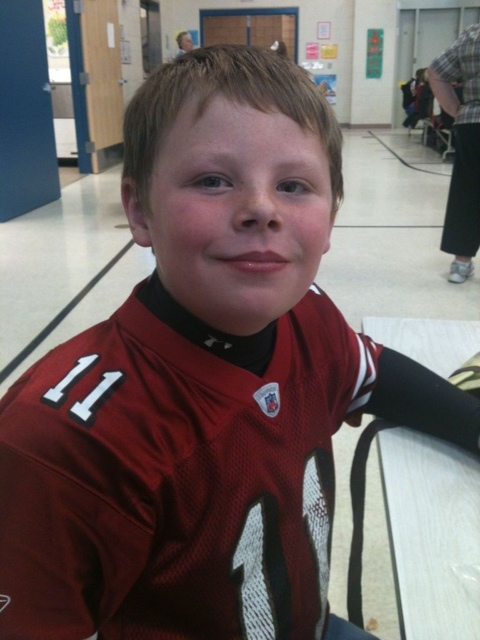 My son talks to me about Tebow’s humanitarian work. As my son advances as an athlete, I am glad that he can have examples like Tim Tebow.

I will likely not be able to say this for a while after today: