As a left liberal Democrat, it does not really matter who I want to win the Republican primary. However, I am also following this election closely as a student of political behavior and Mormonism. 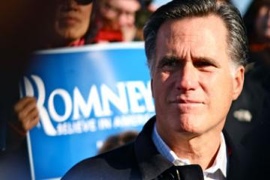 A key reason that Romney is the strongest GOP candidate this year is money and organization. He is clearly the Republican contender that has the money and organization to not only win the nomination, but also to wage a vigorous national campaign in the general election. Campaigns and organization matter. McCain learned this the hard way. Romney has spent the last four years preparing to not make the same mistakes that both Romney and McCain made in 2008.

Why would I want a strong candidate on the GOP side? After all, don’t I want Obama to win? Well, yes I do. However, I think that an important function of the parties is to provide good choices for the electorate. Does is always do this? Clearly not. Yet, a strong GOP candidate is good for Obama. It will force him to campaign at his best.

A strong GOP candidate also creates a sense of legitimacy about an electoral victory. Defeating Ron Paul, Santorum, or Newt in a general election would be easy pickings. It would lead to many to say that the only reason for another four years was a weak GOP opponent.

Another major reason I am rooting for Mitt is that he is Mormon. 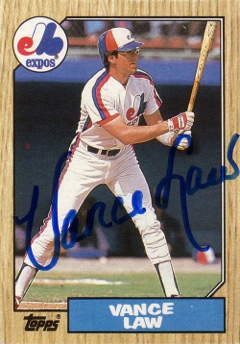 I root for Mormon athletes. As a kid, in addition to collecting baseball cards of players with connections to my Baltimore Orioles, I collected the baseball cards of Mormon baseball players. I was likely one of the few kids that got excited about a Vance Law card.

I root for Mormons on reality shows. I voted quite a few times for David Archuleta when he was on American Idol and I am a metal-head.

When it comes down to it, I am a sucker for identity politics. Now my affinity might be stronger with somebody like Harry Reid who, like me, is a Mormon Democrat. However, I have a soft spot for other Mormons.

As a freshman at Ricks College (now BYU-Idaho), I had a Larry Echohawk for Governor sign in my room. I was also in the College Republicans. However, having grown up in the east, I was excited to support a fellow Mormon for office. Of course, at that time I figured Mormon Democrats couldn’t be evil liberal Democrats. 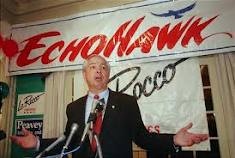 A decade later, I am one of those evil liberal Democrats. I am still Mormon.

Now, many of my liberal and moderate friends will ask: Why not root for John Huntsman? The reason ultimately is that Huntsman is a non-factor in 2012. He has little support within the GOP. Not only did he serve in the Obama administration, he has regularly poked at the conservative GOP base. I have enjoyed many of those pokes, but Huntsman has no shot in the current climate and his debate performances has done little to change that.

Now, this is not an endorsement of Romney for President. My Obama sticker went on the car a week ago. Heck, the Romney campaign may want to renounce this post. I do not think they are looking for any liberal egalitarian love. I will still be rooting for him.

14 Replies to “Rooting for Romney”