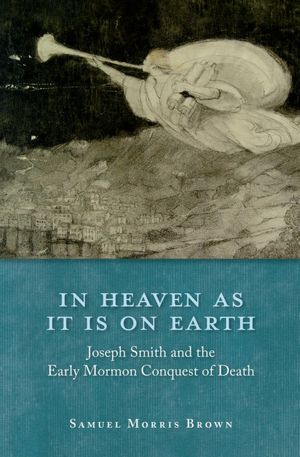 I recently attended a lecture by Samuel M. Brown on the subject of Mormon Masonry, which was a brief summary of chapters from his new book, In Heaven as It Is on Earth: Joseph Smith and the Early Mormon Conquest of Death,[i] particularly the chapter, “Negotiating Death and Afterlife in Nauvoo.”[ii] As a Freemason who has also received the LDS Temple Endowment, this topic is of particular interest to me. Unfortunately, there were several significant problems with the presentation of the subject of Mormonism and Freemasonry in Nauvoo, particularly as it touches the central themes of his book. Due to space constraints, I’d like to briefly look at just one of these troubling areas. END_OF_DOCUMENT_TOKEN_TO_BE_REPLACED